For over a decade, companies have tried to pin FDM technology against PolyJet technology. Whether it be the fine detail of PolyJet capabilities outweighing the lack of support needed for FDM, or that the strength of materials available in FDM is worth the additional time of printing over the PolyJet, an argument can usually be made to justify one over the other. Although some industries may always lean one way more than the other, I am here to discuss the benefits of having both technologies under the same roof.

One Product Made by Two Technologies 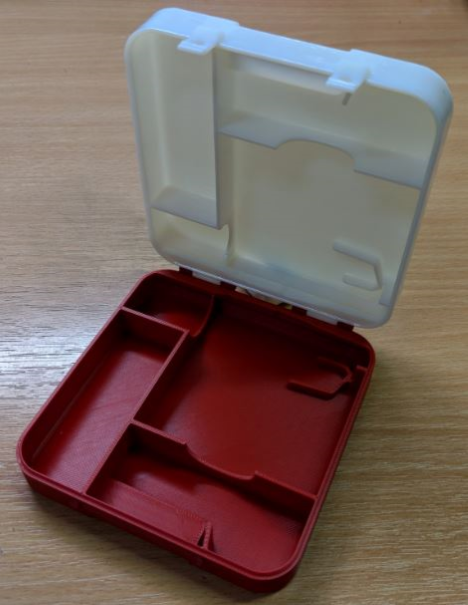 A vast majority of companies can benefit from multiple types of 3D printing, including automotive, commercial and consumer products, as well as many others. This picture for example, is comprised of two pieces, the bottom red part being printed in ABS on a FDM printer, and the top white piece being printed in VeroWhite on a PolyJet printer. The two parts are very similar, but different enough to dictate being printed on 2 different machines to save time and in turn save money. The snap latch design is very prone to de-lamination if printed the same as the bottom part. 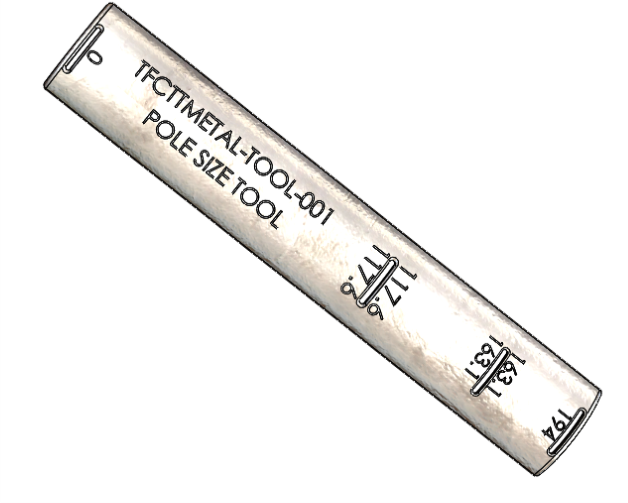 To achieve close to the same strength on the latches as the PolyJet part (which would be a truly solid part without air-gaps or seam lines) the part would need to be printed on its side. The differences are a build time of 17:10 for the PolyJet top piece, and 16:35 for the FDM top printed on its side (the two printers used in this example are the Objet 30 Prime and F170 part of the Stratasys F123 series). Therefore it only took 35 more minutes on the PolyJet printer to have a truly solid piece. The big advantage in this scenario is that the PolyJet printed piece will mimic the final injection molded part that would be for purchase. The bottom piece can be printed on the F170 in 9:43 as opposed to an Objet time of 14:25. With the snap piece design being negligible on the bottom piece, printing it on the FDM printer saves almost five hours of printing, due to the simple geometry and lack of support structures needed. By having both printers available, this product can be printed, cleaned and tested almost a full day sooner than by printing both pieces on one machine alone and having the needed strength in key areas of the design for testing before production.

The PolyJet part can also be cleaned quickly with a water-jet washer, meaning that it can be tested within minutes of printing, and the bottom part printed on the FDM machine will have larger of chunks of support material that can be broken off quickly. Although this example is more of a consumer product, the principles can be applied across multiple Industries where both detailed components, as well as quick basic geometries are part of the design.

Twice The Technology, Twice the Possibilities

Another prime example of using FDM and PolyJet printers together is with jigs and fixtures as well as conceptual design. Take the pictures below, courtesy of Rowley Company, printed with a uPrint SE Plus FDM printer. These curtain rod end caps have moderate detail that is well captured in the 3D print. They are produced faster than the Objet 30 that Rowley also has, but give enough detail and tolerance for the Engineers there to check before having molds made for production pieces. More intricate designs and fixtures, such as the rod alignment jig shown above, are printed on the PolyJet Objet30 printer for greater accuracy. The angled picture is the CAD model used for printing, and the horizontal is the printed piece. The prints from the PolyJet hold tolerance well after printing, and are cheaper to produce when needed than to have a new piece machined each time a design is altered. 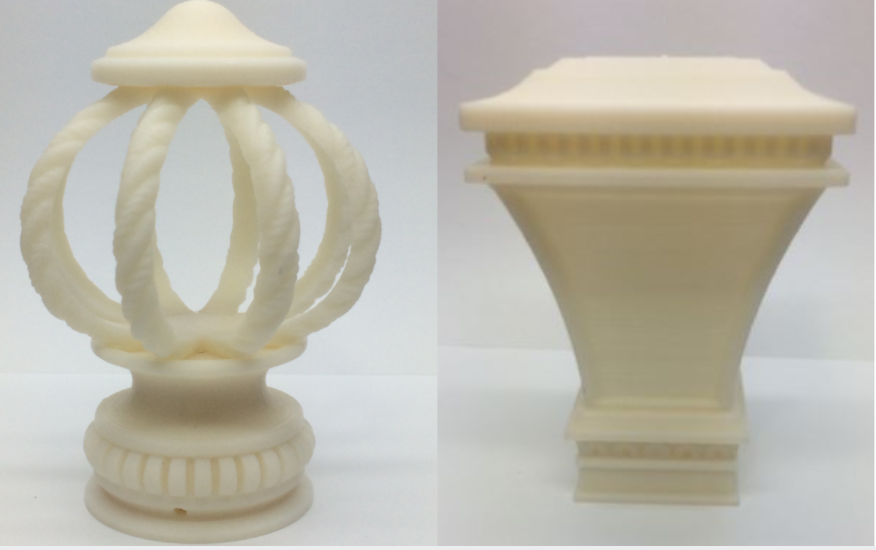 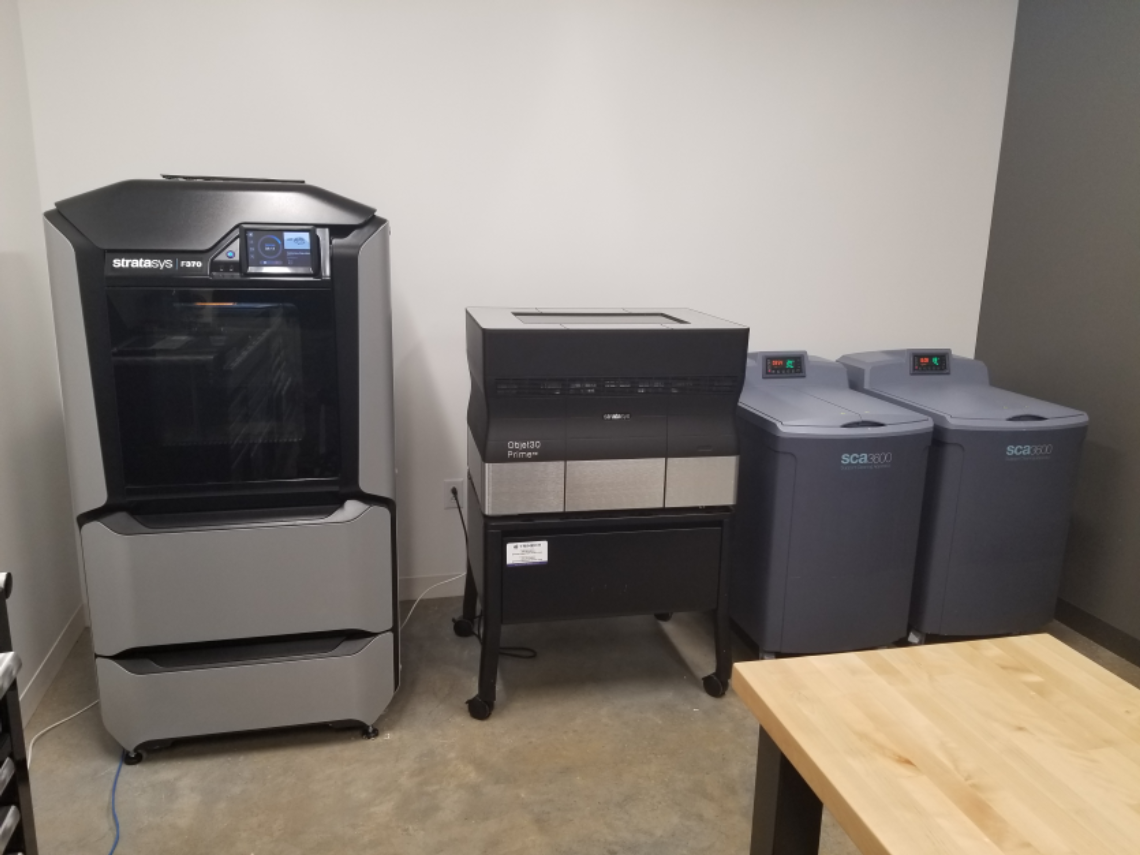 In just the past two years, many advancements have come about to make using FDM and PolyJet printers together more seamless. One of the simplest improvements is that of the soluble support option on PolyJet printers. For nearly a decade this was a selling point for the FDM machines, but now both types of printers can use similar or the same cleaning station, saving money on both equipment, and consumable items. Additionally, GrabCAD Print is integrating PolyJet Printers to eliminate the need for two different software. Soon both types of printers will be able to use the same software for printing, allowing the user to create trays for printing on both machines in the same program, saving the user time, and the company more money.

Whether its PolyJet or FDM Technology, 3D printing is making great strides. Download our infographic to see our predictions about the future of 3D printing!