Last week, we discussed SOLIDWORKS 3D Interconnect, a new tool released in 2017 that allows users to open neutral and native CAD data from various sources right inside SOLIDWORKS. Today, we’re going to show you how to utilize this new feature in today’s mixed CAD environment.

First, you’ll want to turn on the 3D Interconnect tool by going to the Options menu on your open dialog box. 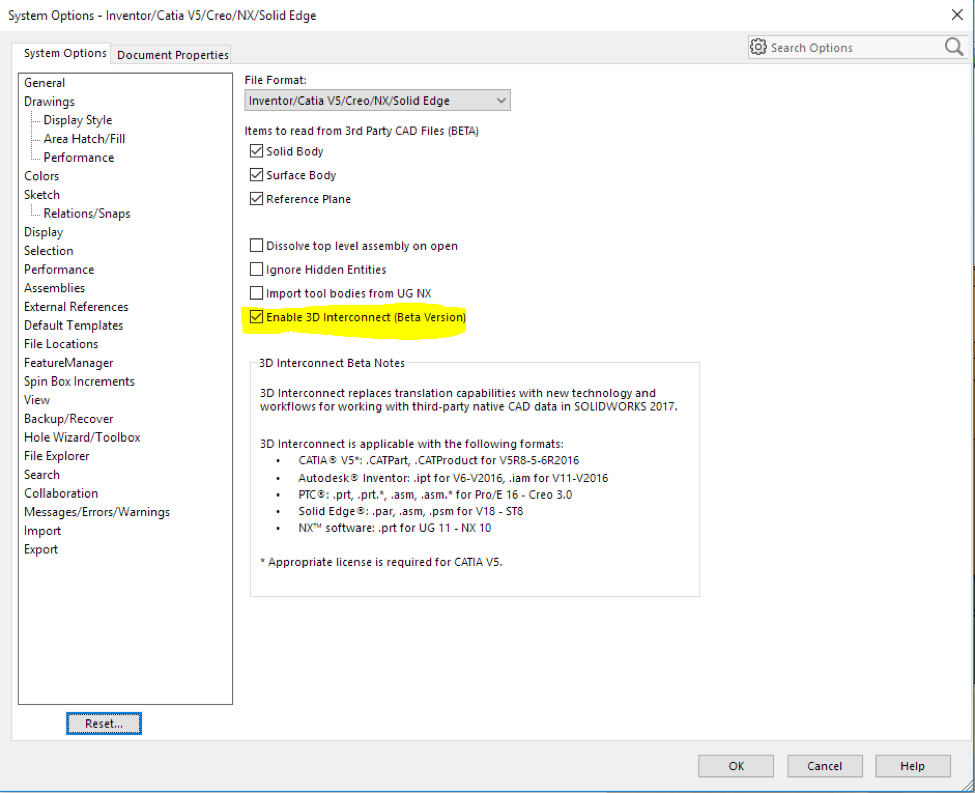 Then, simply open any assembly that you want to work with. From the open dialog, you choose what type of file you’d like to insert. In this case, we’re going to take this hydraulic brake assembly from Autodesk Inventor. 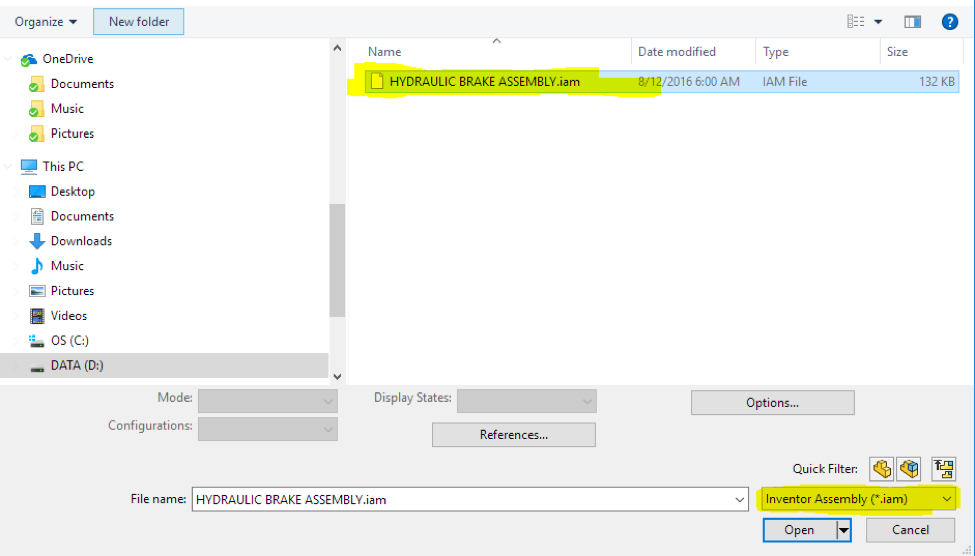 And that’s it! The file comes in, and everything looks great. No need to run through a lengthy file conversion, worry about the feature trees or deal with imported file errors. The files simply come in, and can be edited in their native CAD system when they need to be changed. 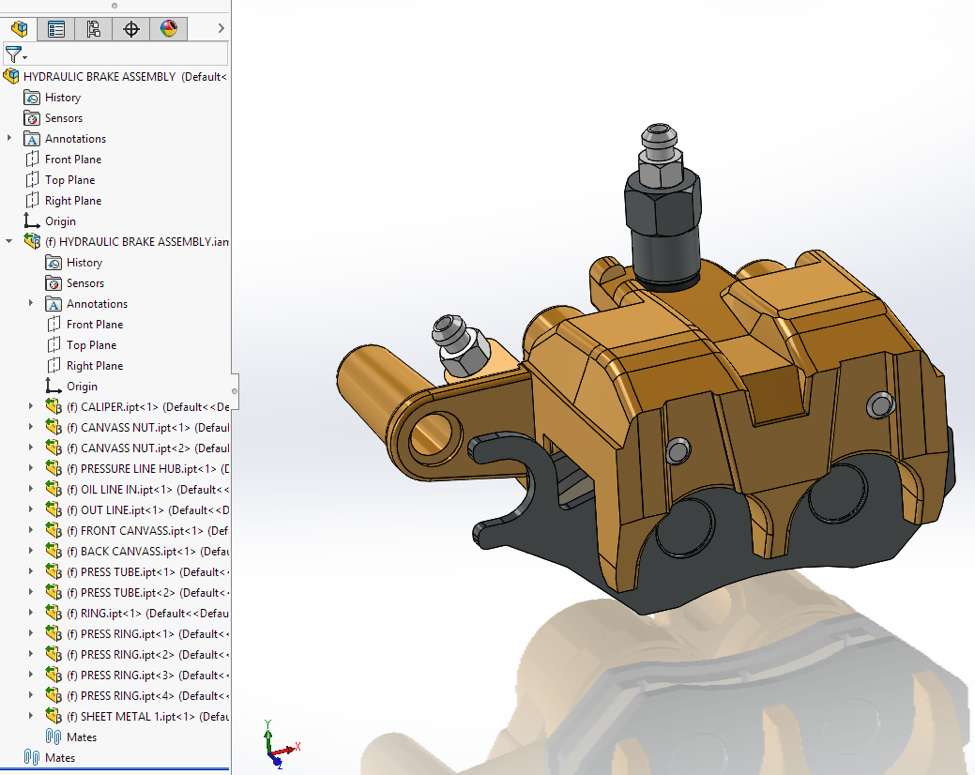 Once the file has been inserted, you’ll see that the feature history tree will show a full listing of the assembly and all of the sub-components. You’ll also notice that they have slightly different icons compared to normal SOLIDWORKS files (green arrows pointing left). This indicates they are coming from another CAD system external to SOLIDWORKS.

The file references will maintain to wherever they were opened from. You’ll also notice the file names themselves are also pointing to the original referenced Inventor files. This should make it fairly simple for anyone to recognize that these files were inserted from another CAD system and that they are maintaining the reference back to the original.

Once they’re in the assembly, you can start to work on them as you would expect, adding mates and relationships to the components. However, if you did want to break that relationship, you can simply right-click and use the “Break Link” option to turn these into virtual components within the context of the assembly that no longer reference the original files. But be careful! This is a permanent change. 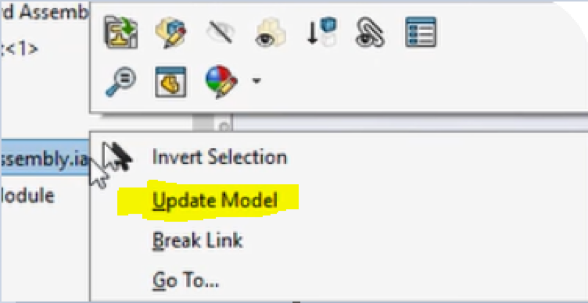 Now for the best part: if the design ever updates in the parent CAD system, you simply right-click on the assembly and use the “Update Model” option to update the geometry. The whole design will update to reflect the new changes. It’s as simple as that!

The great part is that if there is a new revision or a file change, you don’t need to do any additional work. Simply updating the model will replace the SOLIDWORKS files with the new versions and also change anything downstream in the feature manager tree that needs to update. It will also recognize changes even if the files are checked in to SOLIDWORKS PDM. You can use the “Update Model” button to see the effects of those changes.

3D Interconnect will seriously increase your productivity if you ever have to deal with models coming from another CAD system. In my opinion, this is one of the most exciting things to happen for importing and exporting geometry in a while. The fact you no longer have to use translator files will certainly save a lot of frustration and headaches trying to figure out what the most effective translators are and really open up the door for collaboration.

Relying on all engineers in a project running off the same CAD system can be a bit tricky, but reusing legacy data will be an even bigger time savings. Rather than re-designing an old part from an old CAD file that is out on your network somewhere, you can simply add it to your SOLIDWORKS assembly, and that’s where it ends. The new 3D Interconnect seamless and quick, and should be a huge benefit for anyone using SOLIDWORKS.

Want to learn more about how 3D Interconnect works with SOLIDWORKS ?
Click the link below to watch a detailed video.