SOLIDWORKS Visualize is an exciting new way to show off your designs with photo-realistic renders. However, sometimes it can be daunting to get started with all of the import options that Visualize offers.  Wouldn’t it be nice if there were an easier way to get that CAD data from SOLIDWORKS into Visualize?

New to SOLIDWORKS 2017 is the ability to directly export your CAD data to SOLIDWORKS Visualize with one click. There are two options for doing so, 1) Export Simple and 2) Export Advanced.

Export Simple minimizes the number of parts that appear in the Visualize Scene Tree, which is basically the equivalent of your assembly tree within SOLIDWORKS. It also groups your parts by their appearances, making it easier to change the appearance on multiple parts at once.

Let’s take a look at an example: 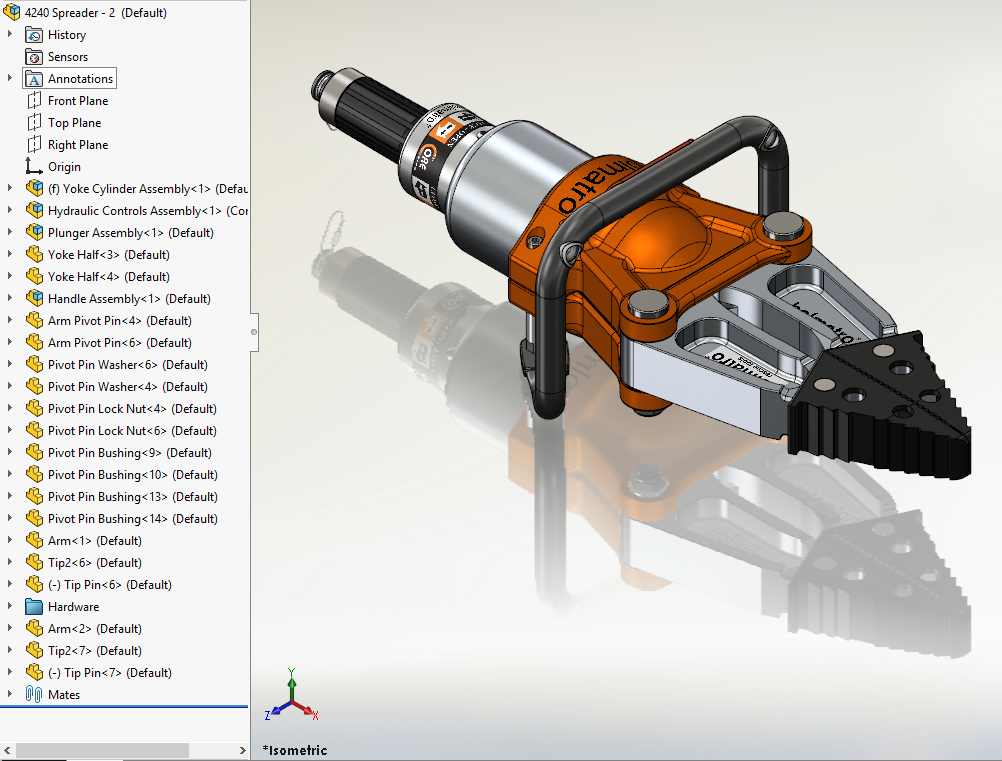 Here, we see the ubiquitous Holmatro 4240 Spreader and its assembly tree. Let’s see what the resultant Scene Tree looks like when we export this to Visualize using the “Export Simple” tool: 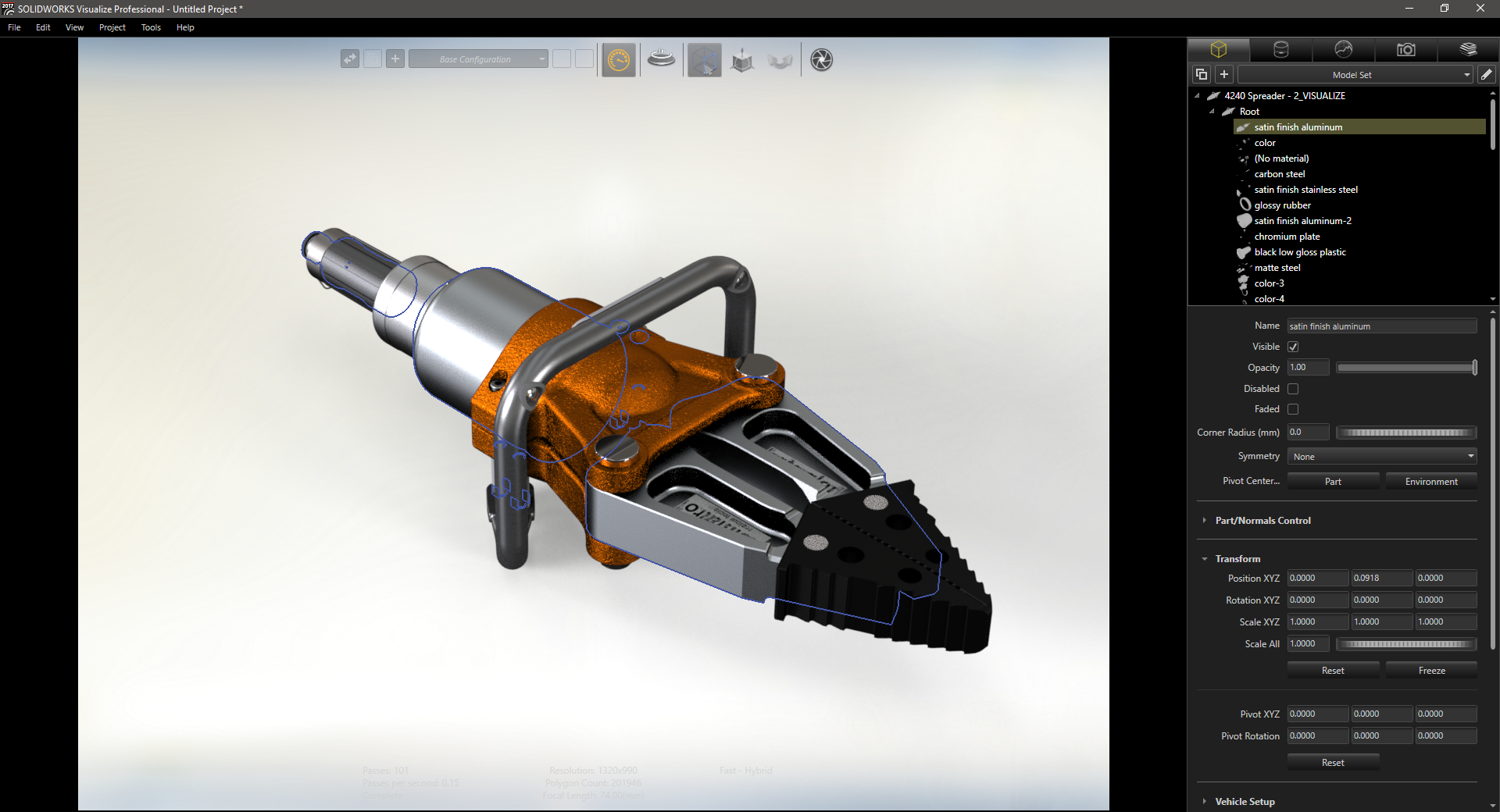 All of our parts that were assigned an “Aluminum” appearance within SOLIDWORKS have been grouped together within Visualize. 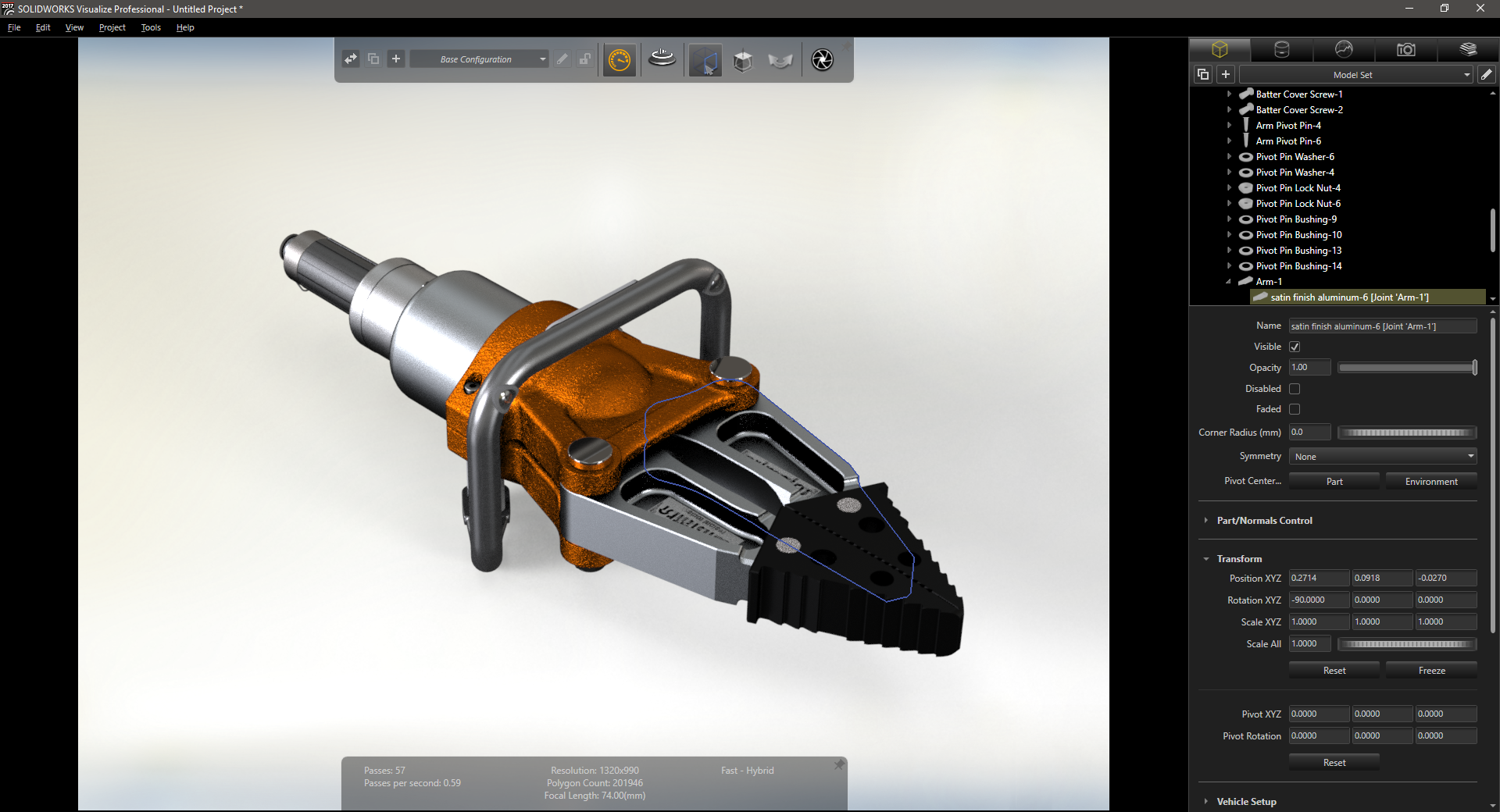 This time, SOLIDWORKS Visualize has imported the entire assembly tree allowing us to change the appearance of individual parts rather than entire groups of parts.

Each export option has its own strengths, and it’s up to you to consider which is the best for your particular project. If the goal is to quickly export and change multiple like-appearances at once, the simple option might be best. However, if you’d rather have finer control over which components receive individual appearances, the advanced option is clearly the winner.

To get to know a broader overview of SOLIDWORKS Visualize, watch our on-demand webinar.